Sierre Zinal has a very steeped tradition in European mountain running. The race starts in Sierre at 585m and traverses through forest and mountain trails.  The runners climb religiously for around 24km to the high point of Nava at 2,425m and then it’s a 700m+ descent to the finish at Zinal at 1,680m.  On the way they get to view five 4000m peaks, wow !!

The men’s race is going to be a cracker with Kilian Jornet and Marco De Gaspari going head to head. They both have stunning records at Sierre Zinal but De Gasperi has the edge in both winning the race three times and by a three minute margin to Jornet’s best time.

For sure it’s going to be exciting watching these two duel it out. But wait, what about the top three from 2013, Marc Laurenstein, Juan Carlos Cardona and Jonathan Wyatt. They are no slouches and what’s for sure is that they are not going to just let it be a two horse race. Wyatt is the course record holder (2:29:12) set in 2003 and he hasn’t lost much speed as ten years later in 2013 he turns in a very respectable 2:33:44 just pipping KJ for 3rd spot. Colombian Cardona with a 2:32:30 was super fast and the Swiss Laurenstein who won last year in 2:32:14 has the seventh fastest time.

So, you have got to expect to be running sub 2:34 to be a podium contender this year. There is enough talent here to push for that Wyatt course record.

My money is on KJ to take out the win for his third time. He has had a superb year so far and is super strong, but I don’t think the course record will go down.

In recent years nobody has come close to breaking the course record held by Anna Pichrtova (2:54:26) set in 2008. Only last year’s winner Elisa Desco (2:58:33) has come remotely close. Desco returns this year and will be battling against the American sky runner, Stevie Kremer who will be having her third attempt at taking that coveted winner spot after two successive second places. However, in both attempts she has been just over 3:03-4 so will need to improve by a five minute margin to keep up with Desco. The Spaniard Laura Orgue would appear to be strong contender for the final podium spot. 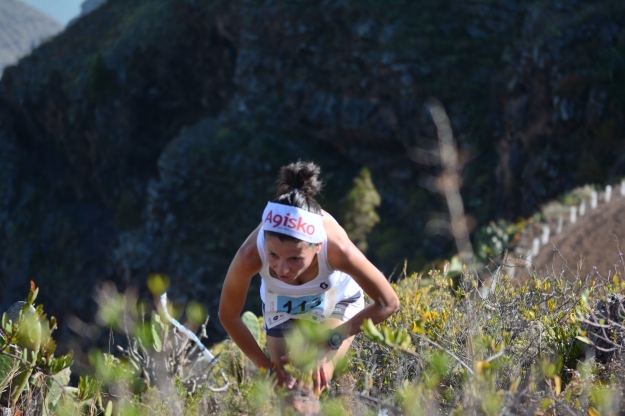 I can’t see Desco not winning this. She is on form this year but Kremer with her recent win at Zegama should challenge strongly. We will see…

What do you think, is this going to be a replay of Zegama 2014 with KJ, Gasperi, Desco and Kremer taking 1st and 2nd places?