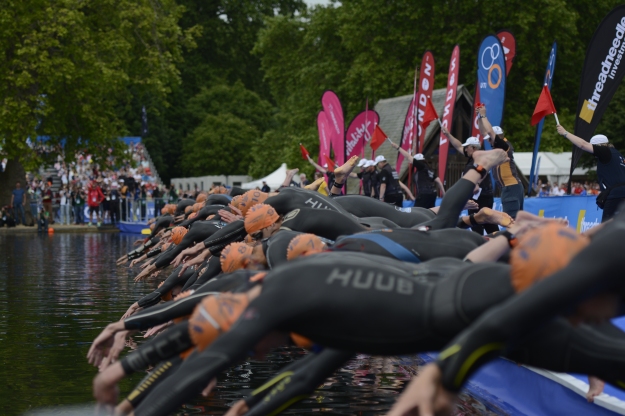 The next round in the ITU World Triathlon Series is another Sprint event, (750m swim, 20km bike and 5km run) with the Grand Final in Edmonton being an Olympic type event with a 1,500m swim followed by 43.2km bike and 10km run. The bike features a tough grade 5 climb that the triathletes will have to do twice in the early two laps before heading out for four smaller loop laps. Then its 4 laps of a 2.5km run course and the champion of 2014 will be decided.

After six rounds, Auckland, Capetown, Yokohama, London, Chicago & Hamburg the top ten leader boards for the women and men look like this. 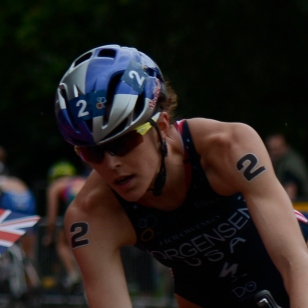 The American Gwen Jorgensen has momentum on her side having won the last four consecutive World Triathlon Series races, the first person to do so in the same season.  Jorgensen has a 903 points lead over second place UK triathlete Jodie Stimpson. With 800 points up for grabs in Stockholm and 1,200 at the Grand Final its still open if Jorgensen fails to finish in either one. It’s Jorgensen’s to lose but who would bet on that!! 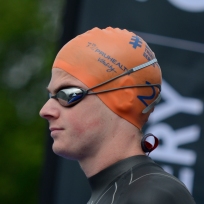 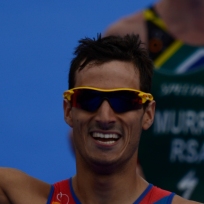 With a gap of 496 points between Javier Gomez and Jonathan Brownlee and Mario Mola lurking only 15 points behind its less of a slam dunk for Gomez.  With recent strong performances by Brownlee and Mola nothing is certain for Gomez, he needs to win to be crowned champion yet again.