The second edition of the Amba Hotels City of London miles took place on Sunday 14th June organised by Run-Fast. This is a free to enter event with over 5,000 registered runners from elites, clubs athletes, wheelchair athletes and families. Runners took to the streets of London to test themselves against the legendary mile distance.

Most impressive were some of the youngsters running in the Youth Mile or challenging their parents in the Family Mile waves. By the looks of it we have many promising athletes so the future looks good for British Athletics. 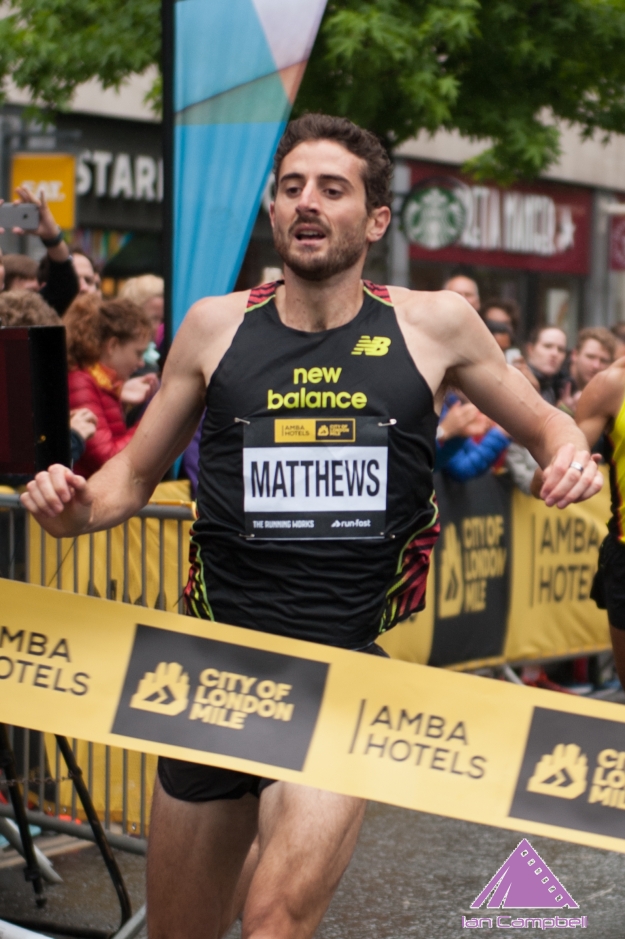 After competing in their own mile race many stayed to watch whether the elite men would break the iconic sub 4minute mile. On a course with some turns in the later stages and a slight uphill finish it’s a testing mile. The sub 4 was not on this year even with a quality men’s field  New Zealander Julian Matthews took top honours in 4:03:40 edging out Australian Collis Birmingham and Britains Tom Lancashire who took second and third respectively. .

The women’s elite field, although not as deep, had quality athletes and winner Alison Leonard had to battle hard to the line to fend off a strong Jemma Simpson winning in 4:39:23 breaking the course record set last year by Australian Genevieve LaCaze. Simpson had two seconds on Third placed Australian Zoe Buckman.